What is the best way to answer ‘agree or disagree’ questions?

These are 4 useful essay structures from Simon (ielts-simon.com) should be used to answer this question.

Some people think that all teenagers should be required to do unpaid work in their free time to help the local community. They believe this would benefit both the individual teenager and society as a whole.
Do you agree or disagree?

Many young people work on a volunteer basis, and this can only be beneficial for both the individual and society as a whole. However, I do not agree that we should, therefore, force all teenagers to do unpaid work.

Most young people are already under enough pressure with their studies, without being given the added responsibility of working in their spare time. School is just as demanding as a full-time job, and teachers expect their students to do homework and exam revision on top of attending lessons every day. When young people do have some free time, we should encourage them to enjoy it with their friends or to spend it doing sports and other leisure activities. They have many years of work ahead of them when they finish their studies.

At the same time, I do not believe that society has anything to gain from obliging young people to do unpaid work. In fact, I would argue that it goes against the values of a free and fair society to force a group of people to do something against their will. Doing this can only lead to resentment amongst young people, who would feel that they were being used, and parents, who would not want to be told how to raise their children. Currently, nobody is forced to volunteer, and this is surely the best system.

In conclusion, teenagers may choose to work for free and help others, but in my opinion, we should not make this compulsory.

Strong answer, refute the opposite view

Some people who have been in prison become good citizens later, and it is often argued that these are the best people to talk to teenagers about the dangers of committing a crime.
To what extent do you agree or disagree?

It is true that ex-prisoners can become normal, productive members of society. I completely agree with the idea that allowing such people to speak to teenagers about their experiences is the best way to discourage them from breaking the law.

In my opinion, teenagers are more likely to accept advice from someone who can speak from experience. Reformed offenders can tell young people about how they became involved in crime, the dangers of a criminal lifestyle, and what life in prison is really like. They can also dispel any ideas that teenagers may have about criminals leading glamorous lives. While adolescents are often indifferent to the guidance given by older people, I imagine that most of them would be extremely keen to hear the stories of an ex-offender. The vivid and perhaps shocking nature of these stories is likely to have a powerful impact.

The alternatives to using reformed criminals to educate teenagers about crime would be much less effective. One option would be for police officers to visit schools and talk to young people. This could be useful in terms of informing teens about what happens to lawbreakers when they are caught, but young people are often reluctant to take advice from figures of authority. A second option would be for school teachers to speak to their students about crime, but I doubt that students would see teachers as credible sources of information about this topic. Finally, educational films might be informative, but there would be no opportunity for young people to interact and ask questions.

In conclusion, I fully support the view that people who have turned their lives around after serving a prison sentence could help to deter teenagers from committing crimes.

The older generations tend to have very traditional ideas about how people should live, think and behave. However, some people believe that these ideas are not helpful in preparing younger generations for modern life.
To what extent do you agree or disagree with this view?

It is true that many older people believe in traditional values that often seem incompatible with the needs of younger people. While I agree that some traditional ideas are outdated, I believe that others are still useful and should not be forgotten.

On the one hand, many of the ideas that elderly people have about life are becoming less relevant for younger people. In the past, for example, people were advised to learn a profession and find a secure job for life, but today’s workers expect much more variety and diversity from their careers. At the same time, the ‘rules’ around relationships are being eroded as young adults make their own choices about who and when to marry. But perhaps the greatest disparity between the generations can be seen in their attitudes towards gender roles. The traditional roles of men and women, as breadwinners and housewives, are no longer accepted as necessary or appropriate by most younger people.

On the other hand, some traditional views and values are certainly applicable to the modern world. For example, older generations attach great importance to working hard, doing one’s best, and taking pride in one’s work, and these behaviors can surely benefit young people as they enter today’s competitive job market. Other characteristics that are perhaps seen as traditional are politeness and good manners. In our globalized world, young adults can expect to come into contact with people from a huge variety of backgrounds, and it is more important than ever to treat others with respect. Finally, I believe that young people would lead happier lives if they had a more ‘old-fashioned’ sense of community and neighborliness.

In conclusion, although the views of older people may sometimes seem unhelpful in today’s world, we should not dismiss all traditional ideas as irrelevant.

Almost balanced opinion, but favoring one side

Most people have forgotten the meaning behind traditional or religious festivals; during festival periods, people nowadays only want to enjoy themselves. To what extent do you agree or disagree with this opinion?

Some people argue that we no longer remember the original meaning of festivals and that most of us treat them as opportunities to have fun. While I agree that enjoyment seems to be the priority during festival times, I do not agree that people have forgotten what these festivals mean.

On the one hand, religious and traditional festivals have certainly become times for celebration. In the UK, Christmas is a good example of a festival period when people are most concerned with shopping, giving and receiving presents, decorating their homes and enjoying traditional meals with their families. Most people look forward to Christmas as a holiday period, rather than a time to practice religion. Similar behavior can be seen during non-religious festivals, such as Bonfire Night. People associate this occasion with making fires, watching firework displays, and perhaps going to large events in local parks; in other words, enjoyment is people’s primary goal.

However, I disagree with the idea that the underlying meaning of such festivals has been forgotten. In UK primary schools, children learn in detail about the religious reasons for celebrating Christmas, Easter and a variety of festivals in other religions. For example, in late December, children sing Christmas songs which have religious content, and they may even perform nativity plays telling the story of Jesus’ birth. Families also play a role in passing knowledge of religious festivals’ deeper significance on to the next generation. The same is true for festivals that have a historical background, such as Bonfire Night or Halloween, in the sense that people generally learn the stories behind these occasions at an early age.

In conclusion, although people mainly want to enjoy themselves during festivals, I believe that they are still aware of the reasons for these celebrations. 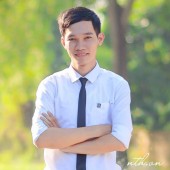